Geologists generally agree that the last glacier to cover Coventry retreated north about 13,000 years ago1. One result of the retreat is Coventry Lake. It was most likely formed by the melting of a huge block of ice that resided in the valley between Route 31 (Main Street) and South Street. The retreating glacier also left the cobbles and boulders that characterize the lake shore and help protect the lake bottom from disturbance.

After the glacial retreat the land was inhabited by cold climate forests that eventually evolved to temperate oak-hemlock forests around 7,000 years ago. The land was also inhabited by transient humans and animals, including the Mastadon2.

Pre-historic humans were probably nomadic throughout New England until sometime between 1,000 to 2,000 years ago. At that time most native Indians settled on larger water bodies or the ocean shoreline because a steady supply of fish was present. Ultimately, conclusive physical evidence of steady indian occupation at Coventry Lake is lacking. Researchers are confident only in concluding there was temporary occupation by small indian groups3. Some believe that the Algonquins named the lake “Wangumbaug”, which meant Crooked Pond4. Kevin McBride, resident archeologist at the Mashantucket Pequot Indian Museum and Research Center in Mashantucket, Connecticut reports that “Wangunbaug” is more likely a Nipmuc word, as the Nipmuc Indians were the “local” tribe. 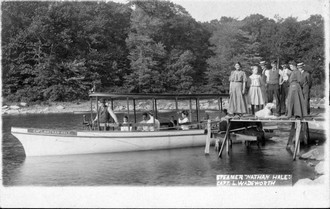 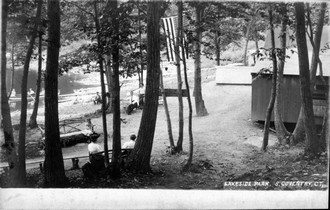 Indians appeared to be friendly, landowning natives5 when the Europeans arrived. They taught settlers how to live in the new land and signed deeds allowing settlement of towns and farming – without granting ownership, because the Indians needed to retain hunting and fishing rights. Eventually, different interpretations caused disputes that were further inflamed by the settlers attempts to convert the Indians to Christianity.

As a result, North America had its first war – King Philip’s War, between those that were born here and those that saw themselves as rightful owners. King Philip was chief of the Wampanoag and he led the Narragansett and Nipmuc Indians against the settlers between 1675 and 1676 (the Mohegans had offered to fight for the English). Ultimately the Indians lost the war6. 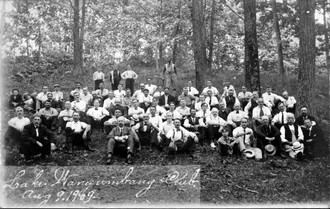 According to Jobaggy7 Lake Wangumbaug was the primary attraction for the first English settlers in the very early 1700’s. Families from the Connecticut River valley settled here and incorporated the town in 1712. The first grist mill (1716) was established on the Mill Brook where the Teleflex Corporation facility is today. At one time there were 14 mills operating along Mill Brook between Lake Street and Snake Hill Road; the highest annual output of goods in the 1800s reached eight million dollars. The first known recreational use of the lake properties was a cottage on the north island (off Standish Road) in the 1870s.

Around that time a summer pavilion was built at the lake, selling ice cream, light fare, and boat rides. With the trolley line from Willimantic to Coventry completed in 1909, lake recreation increased, and small lots on and near the lake came to market for many willing buyers. For additional detail, see Jobbagy’s Development of Lake Wangumbaug Properties(PDF).

The South Coventry Water Supply Company was established in 1899. It bought existing infrastructure built by Horace Kimbell in 1870. Kimbell’s system started in Mill Brook and fed down Main Street, serving about a dozen families. The annual water bill was six dollars. By 1915 over 10,000 feet of water lines were in place and the water company source was an 8-inch pipe 100 feet into the lake. In 1942 and 1946 the water company installed two groundwater wells and the wells became the major water source. The South Coventry Water Supply Company was bought by Connecticut Water Service, Inc. in 2006.

The volume of water in Coventry Lake is consumed by the residents of New York City in less than two days9. 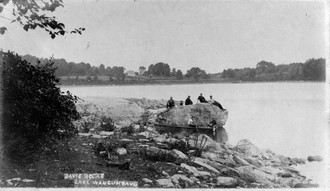 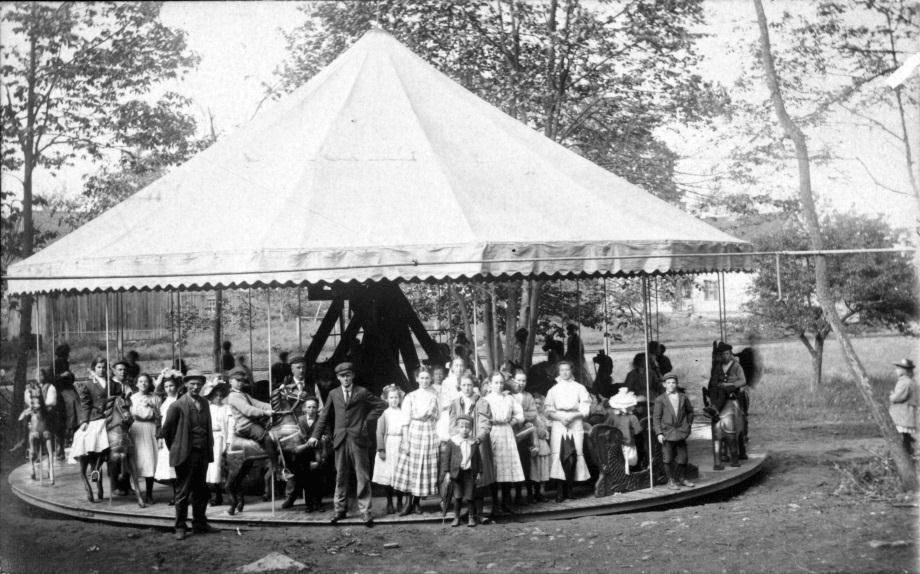 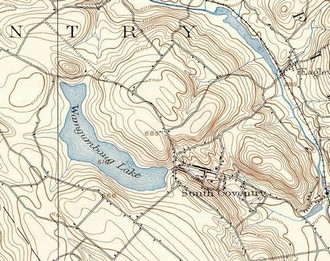 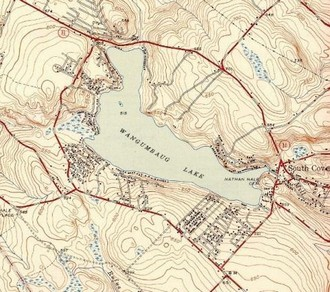